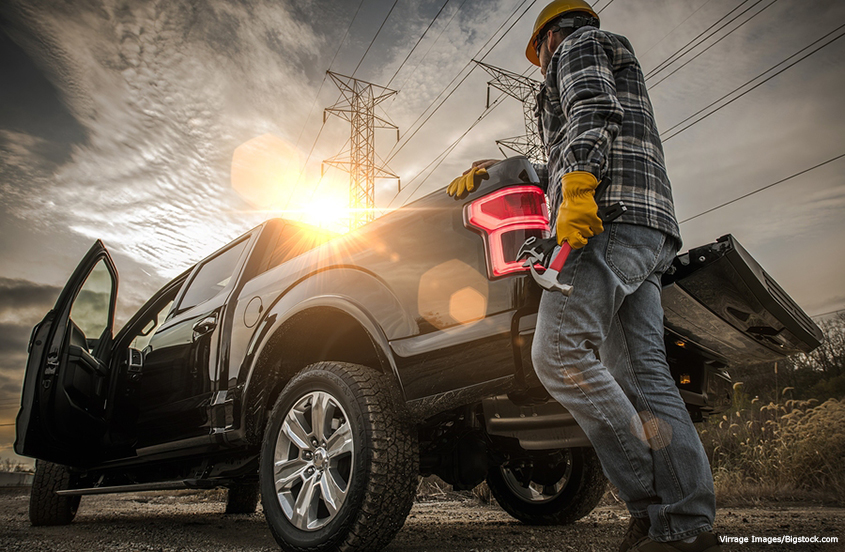 It’s difficult to put a figure on exactly how many construction projects, both large and small, are currently active in the Greater Kansas City Area, but it’s no surprise that construction in Kansas City is a billion-dollar industry. Sources within the industry have estimated that as many as $40.5 billion in construction jobs in the Kansas City area are currently listed in “Actively Bidding” status, and that may not take into account projects that have recently wrapped or are about to ramp up. With continued construction in the Power & Light District and along the river, as well as the proposed renovation of the Kansas City International Airport and a new “mixed-use mecca” to be built where the Great Mall of the Great Planes used to stand, there are lots of big projects in the works around the Kansas City area.

With so much construction underway and on the horizon, however, there are bound to be those who see job sites not as gateways to a brighter future for the entire metro area, but as potential targets for theft. Theft on construction sites costs everyone involved, and no construction company is spared. Fortunately, commercial security cameras in Kansas City can help keep an eagle eye on your next job site, even when no one else is around.

Construction Jobsite Theft by the Numbers

Jobsite theft is an unfortunately common problem. So common, in fact, that the National Equipment Register has estimated that it costs more than $1 billion per year in lost heavy equipment alone. That’s not even taking into account the other losses that come with jobsite theft, including lost productivity, lost time, and even lost jobs. Missing equipment can slow the entire process down, delaying the completion of the project and costing the company time and money. It can lead to increased insurance premiums, and delay the delivery dates of key project milestones. What’s more, if the thieves turn out to be workers on the site, it costs time and money to hire and train their replacements. So, why is jobsite theft so common? The number one answer on every list by every professional interviewed was the same: because most job sites have poor security, or even the appearance of poor security.

Most jobsite theft occurs between 6pm on Friday and 6am on Monday—in other words, when nobody is around. After hours, construction sites become a tempting target for would-be thieves and vandals. Sometimes these miscreants are workers, using their knowledge of the site to make off with easy targets quickly, while other times it’s simply someone who saw the site as easy pickings to make a fast and illegal buck. While tools and other pieces of small equipment may seem to be the most likely targets for jobsite theft, they’re far from the only things that go missing from unprotected construction sites. Thieves also make off with copper wire and pipes, appliances, lumber, and even heavy equipment like bulldozers, tractors, skid steers, backhoes, and excavators. In fact, John Deere machines alone suffered more than 2,000 thefts in 2013!

According to experts in the field, one of the best ways to reduce the likelihood of jobsite theft is to invest in up-to-date jobsite security. Even the appearance of security can go a long way toward deterring thieves who might otherwise see your site as an easy target. But if you’re going to make it look like you have security, you may as well actually have it.

There are lots of steps that can be taken to make jobsites more secure: motion-activated lights and security lighting that stays on even when the site isn’t active, fencing and other barrier protection, controlled access, physical security… even just putting up the signage that comes with commercial alarm systems in Kansas City is a good step. To keep heavy equipment and other vehicles safe, it’s a good idea to have all the proper documentation for everything that’s on your site, including serial numbers, and to invest in LoJacks or other technology to help recover heavy equipment if it goes missing. At minimum, you’ll want to invest in a commercial alarm system and probably some security cameras at your Kansas City jobsite. Securing your site is actually easier than you might imagine with the right help from a commercial security company in Kansas City.

A commercial security company in Kansas City such as A-TEC Commercial Security can help you to identify security weaknesses in your jobsite and develop a security plan that’s tailored to the specific needs of your project. We can also set up security measures that will help to deter theft not only from workers, but also during non-work hours. Commercial security cameras in Kansas City are the first key to reducing the potential for employee theft, but deterring more dedicated thieves may require a more comprehensive commercial security system—including wireless battery-powered beams or similar hardwired solutions by Optex, which use photo electric beams to monitor the perimeter of your site. (These options can easily be added to existing security, video, or access systems, by the way.) Maybe the best part is that almost any security solution we add to your jobsite is mobile and customizable, making it a one-time expense that can be moved from site to site as needed.

A-TEC Security offers a wide range of commercial security cameras in Kansas City, including 1080p and 4K cameras, wireless solutions, and much more. With security cameras in place, you can keep an eye on your construction site at any time, from anywhere. Most of our cameras offer live viewing options, including live streaming video, and apps that allow you to control or monitor the cameras from your phone or tablet. Plus, of course, we offer 24/7 digital video recording so that you have a record of everything that goes on at all of your sites, whether during work hours or over the weekend. NVR backups can also help identify the criminals responsible in the event of a theft.

Whether you run one construction site in the city or a dozen, you can’t afford to let thieves cost you equipment, money, and time. While no theft is 100% preventable, you can drastically reduce the probability of jobsite theft by hiring the services of an experienced commercial security company that can evaluate your construction site security needs and recommend a system of commercial security products and services to help protect your site.

A-TEC Commercial Security in Kansas City has been providing both commercial and residential security solutions for years, and we install security cameras and alarm systems, and provide 24/7 monitoring for security needs of all kinds. Let us help you to find the perfect security system for your next jobsite. To get started, contact A-TEC Security today.